Code your way out of a paper bag

I attended nor(DEV):con, a tech conference in Norwich, last week. I gave a 45 minute talk which I called "Code your way out of a paper bag". A majority of my recent talks involve getting out of, and once into, a paper bag. I've used this as a vehicle to demonstrate some machine learning, AI and other algorithms.

I interviewed a candidate for a role a while ago, and the other interviewer commented the interviewee couldn't code their way out of a paper bag afterwards. Jeff Atwood, the co-founder of Stack Overflow, has made similar comments:

We're tired of talking to candidates who can't program their way out of a paper bag.

It's a shorthand way for saying people can't do something simple. First, programming isn't always simple. Second, how do you prove you can code your way out of a paper bag?

You could do something straightforward, like make a line zoom out of a paper bag, provided you have a way to draw things. 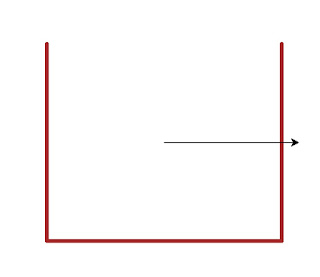 Alternatively, you could do something more complicated. I used genetic algorithms. If you fire a cannon ball, choosing the angle and initial velocity upfront, it may, or may not end up outside a paper bag, provided you use a tiny, virtual cannon, placed at the bottom of a paper bag. The cannon balls might just fire through the bag, but perhaps you can get them to go over the side if you choose the right numbers. There's a free excerpt from my book here talking this through.

Now, you could guess a few (angle, velocity) pairs and see what happens.  I got three people in the audience to do this. You could then swap the angle and velocity of the better tries, and maybe change one or both of the numbers slightly. This covers the essence of how genetic algorithms work. The swap is called crossover, drawing on the idea of chromosomes recombining when living organisms breed. The slight tweak is called mutation, and draws on the idea of random fluctuations in DNA . Darwin's evolution says these random changes give rise to new species. The fitter ones survive. All you then need is a function to decide how fit a solution is, often called a fitness function. Start with some random pairs, select some fitter pairs, use crossover and mutation for a while. In the end, the attempts might get better.


You could argue my approach is somewhat over-engineered. You'd be right. However, it's a nice self-contained example to demonstrate gentic algorithms. It was filmed, so will be up online soon. I'm not sure how clear the audience coming out with their attempts will be on film. Hopefully enough for you to get the idea.

How do you #CodeYourWay  out of a paper bag? Tell twitter, or tell me.

Have a look at my book too.